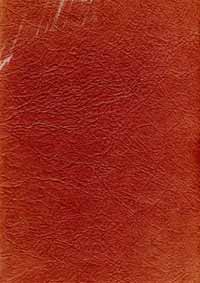 SACRILEGE! So wrote a listener on hearing the BBC broadcast of Evensong from last year’s Festival at. Edington. This was her reaction to a service containing music by Messaien, Tippett, and Simon Preston. I hope that the music sung during this year’s Festival will stir a reaction, if not quite so violent. The music has been chosen not to provoke, but to serve a purpose, which is in the first place to enhance the liturgy of the daily Eucharists and Evensongs, and secondly to stimulate an interest in the use of this music within the liturgy. As Dr. Tom Akeley says in his article, ‘Liturgical Music’, the Festival is not intended to be copied, but perhaps some of the music sung during the week can be repeated in other churches and cathedrals where the facilities allow.

A glance at the Companion will show that Simon Preston has written a lot of music for this year’s Festival. I asked him to write the music for the Eucharist Propers for two reasons, the first being that his Psalms, broadcast last year were very successful, and secondly because Simon Preston, as organist, choirmaster, and composer, has been associated with Edington for a long time. He is in a position to know and understand what is wanted for the Propers at the Festival Eucharist. I have chosen the texts from the Revised Psalter and they are appropriate to the theme or intention for the day. Furthermore the Propers should, both musically and liturgically, be subordinate to the Ordinary. Simon Preston has achieved this by a balanced use of polyphony and plainsong.

Year by year the Festival has been able to give its profits to the Edington Church Restoration Fund. I am glad that the Festival has been able to help in this way. Now a final effort is needed to reach the Fund’s target of £30,000. Individuals can help by becoming members of the Friends of Edington, and I hope that many people visiting the church during the week will feel that they can help personally in this way. Perhaps in time to come the Festival will be able to give its support, through any profits made, in a more direct way to the work of the church. I sympathize with the Bishop of Southwark’s remarks recently in describing the Church as a ‘Society for the Preservation of Ancient Buildings’. The preacher at this year’s Festival, the Reverend Andrew Smith, is Director of the Northorpe Hall Trust, where the Church, or members of the Church, are doing its work among delinquent children. In time to come, when the future of the building at Edington is secure, the Festival might be able to support such a charity.

Elsewhere in the Companion I have written a note mentioning some places that visitors might visit during their stay at Edington. I extend a warm welcome to all visitors, and I hope that they will take full advantage of the opportunities there are to meet members of the Festival.