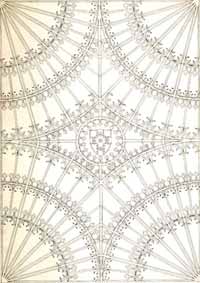 The Bonshommes of Edington lived by the rule of Saint Augustine, and rehearsal of their statutes was frequent and essential. With the flexible nature of the Festival it is equally important both to recall its development and to review its intentions, so that everyone involved in its worship should be aware of its background.

The echo of the medieval monastic community in the modern Festival is only superficial. The first Festival, in 1956, extended the cathedral tradition for choral scholars and choristers who, for the most part, no longer enjoyed the privilege of daily choral worship. Evensong was the daily service, but the Festival culminated in a celebration of the Eucharist. David Calcutt, the founder and first director, realized that the Eucharist should not only be the climax of the week, but the focus of each day. In 1961 Matins and Eucharist were sung by the Plainsong Choir, while the Polyphonic Choir sang Evensong. Two years later candlelit Compline was introduced as the final service of the day, and though details have changed, the basic pattern of this daily round, the Opus Dei, has been maintained ever since.

The Festival had become, in a sense, a momentary monastery – a group of people with the common intent of daily worship. The problem from then on has been one of integration: integration of the choirs, of the increasing congregations, and of the liturgy. When Nicholas Hinton became director in 1965, his initial solution was to draw up, with the aid of some eminent theologians, a new order for the Eucharist. The Bishop felt unable to authorize its use, and it was not until the introduction of Series Two that the balance of the liturgy could be achieved. In practical terms the separation of the two choirs was not ideal, and since 1966 both choirs have sung polyphonic music at the principal services. With two choirs, the possibilities of polychoral music were obvious – and these were most splendidly exploited in the 1970 Festival. As well as exploring lesser-known works, Nicholas Hinton adopted a policy of commissioning new works from young English composers, amongst them Simon Preston, Christopher Brown, Patrick Gowers, and Patric Standford.

Last year I directed the Festival for the first time, inheriting an eminent tradition of music in the liturgy. The Festival remains constant in that it is a holiday in the widest sense, that all those taking part give their services freely, that all the music is sung in a liturgical context, and that the community of the Festival is closely associated with the Parish of Edington, whose worship it supplements. The intention of the Festival is to fulfil the Opus Dei to the best of our ability for one week in the year.