This is just an introduction to the fascinating history of this wonderful church.  Much more information can be found at the Friends of Edington Priory Church website.

The nuns of Romsey Abbey first provided a church for their tenants at Edington, probably before the Norman conquest. Some remains of a late Norman type were found during the 19th century restoration.

The Priory Church of St Mary, St Katharine and All Saints, to give it its full title, was built by William of Edington, the distinguished former Bishop of Winchester and Chancellor of England.  In 1351 he founded a college of chantry priests in Edington which was soon converted into a monastic house of the Augustinian order of Bonshommes.

William pulled down the Norman church, and building of his new church began in 1352. The work is believed to have been carried out – under the supervision of William of Wykeham – by the masons who had recently transformed the choir of Gloucester Cathedral and who were about to rebuild the nave of Winchester Cathedral. The completed church was consecrated by Robert Wyville, Bishop of Salisbury, in July 1361.

The main fabric of the church has remained largely unaltered and is now the only perfect example of a monastic church in Wiltshire. Until the dissolution, the chancel formed the collegiate church and the nave was used as the parish church.

The poet priest George Herbert was married in the church in 1629. One of his poems, The Church Floore, is likely to have been inspired by the pattern of stones in the nave and chancel.

The acoustic of the Priory Church is almost perfect for the sung voice, particularly so in the Chancel, where the Schola sing their Plainchant.  It is just one of the reasons our Music Festival resonates so strongly with those who participate, both as singers and as congregation. 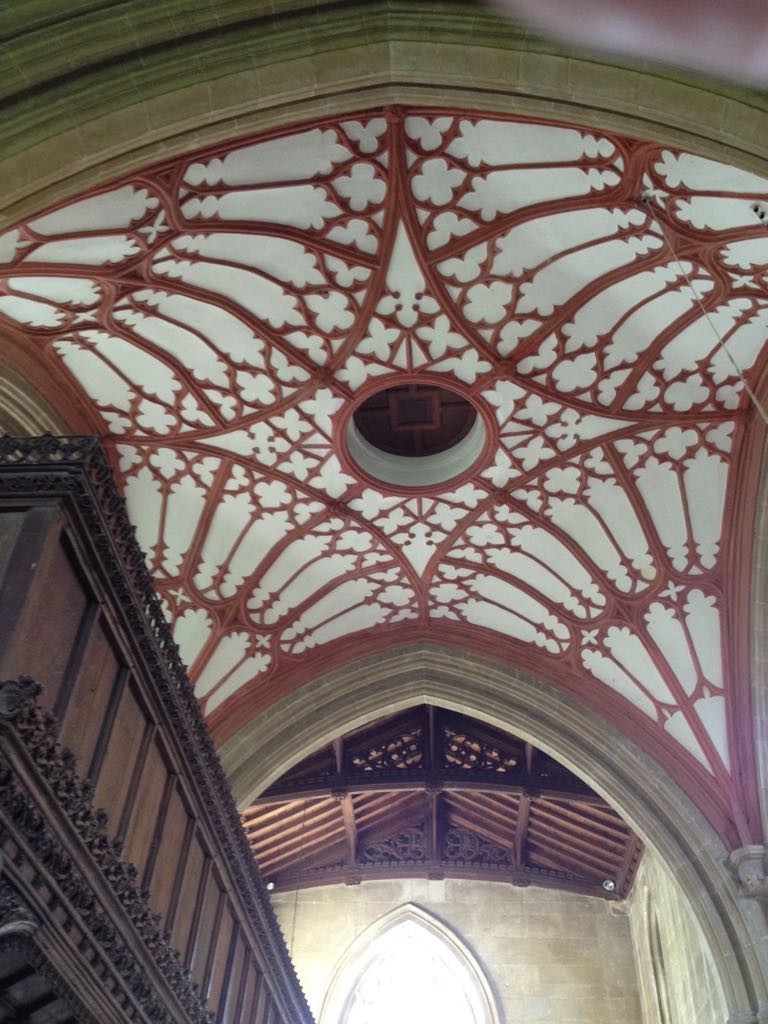